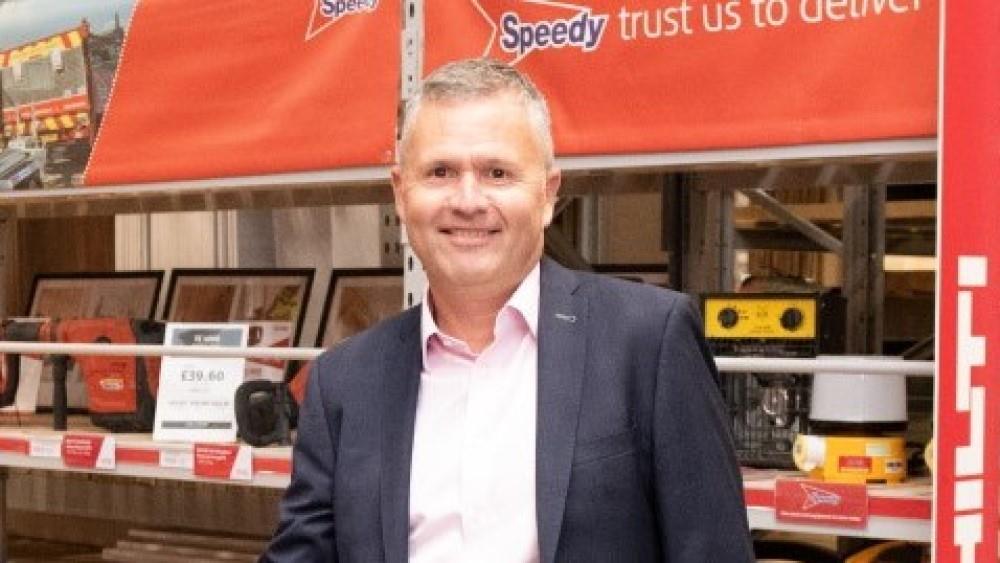 The 'great resignation' remains in full swing, as the last two years of pandemic has made people think about pursuing more fulfilling opportunities. That may or may not be the case for Russell Down, CEO of Speedy Services, but it has just been announced that he is retiring after seven years in the role.

Russell joined Speedy as Finance Director in April 2015, but was made CEO in July the same year.

The company had certainly transformed under his stewardship, both in terms of general expansion, its progressive ESG agenda, the sale of Middle Eastern operations, an improved digital presence and, of course, a more recent concerted push targeting domestic consumers.

Speaking of his imminent departure, he said: “We are leading the hire market with our digital offering, customer service proposition and ESG strategy, and also have a growing presence in the retail sector. The business is performing well, has a strong balance sheet and is well positioned for future growth.

“I would like to take this opportunity to thank all of my exceptionally talented colleagues, our customers and suppliers for their support and wish them well for the future.”

While Speedy Chairman David Shearer added: “I would like to thank Russell personally and on behalf of the Board for his significant contribution as Chief Executive over the last seven years.

“Under his leadership, the business has been transformed and is now well positioned for future growth with an ambitious management team. We wish him well for the future.”

EHN readers might recall that Russell Down was featured in the second part of our 'Heads Up' feature last year, in which we chatted to the leaders of several national hirers. Click here to read it.