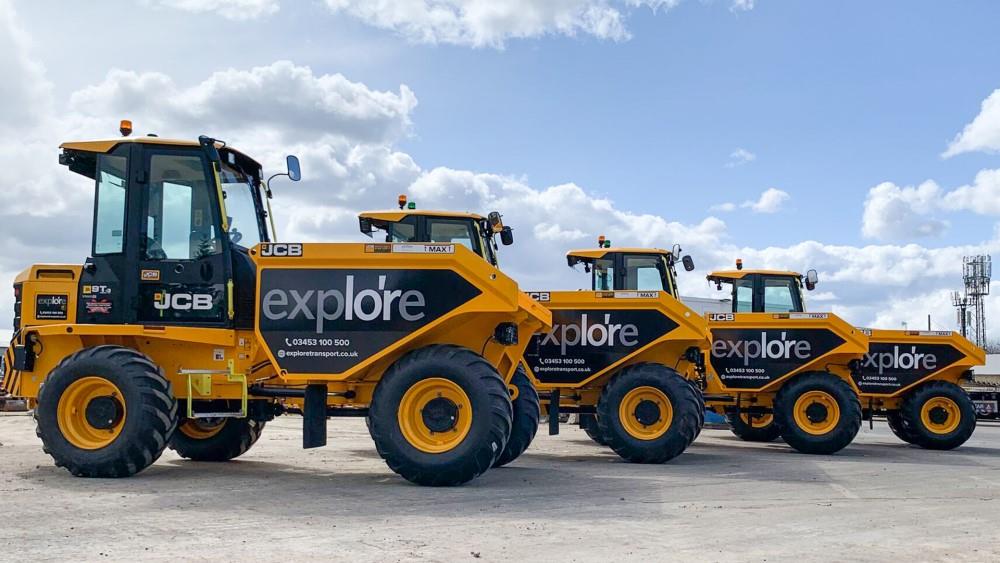 Explore Plant and Transport Solutions has partnered with Xwatch and Trackunit in the development of the 'Simple Safe Two Series Roll Over Monitor' (SS2), which connects with Trackunit’s telematic system.

The SS2 system was first proposed when Chris Gatheridge, head of operations at Explore, had a conversation with Dan Leaney, sales and operations director at Xwatch Safety Solutions, asking if an Xwatch system could be adapted to warn an operator if a machine had reached ‘tipping point’. Xwatch engineers came up with a solution, and this was fitted to one of Explore’s six-tonne cabbed dumpers.

“The Xwatch system monitors the driving style of the operator and gives an early alert to the operator via the Trackunit telematics of a potential pitch and roll-over situation," explained Dan. "The system tells the operator when he/she is reaching the manufacturer's published limits. In the event of a roll-over, the Xwatch system will stop the engine, preventing further operation of the machine, which eliminates engine damage and other potential hazards on site. The Trackunit telematics system is able to send real-time reports of this event”.

SS2 employs a compact controller coupled with a three-axis platform angle sensor – it is designed to be robust, reliable and cost-effective. It supports optional telematics for data logging and an optional secondary sensor for articulated equipment. In its standard guise, the maximum roll angle can be set from 1 to 32 degrees (0- 63%). An audible alarm sounds when the maximum tilt has been exceeded. Intelligent filtering is used to separate actual machine tilt from bouncing and vibration.

In the event of a roll-over, SS2 sends a signal that can be used to cut the engine, and/or activate a siren or beacon. The control module samples angle data 250 times a second, providing precise monitoring.

Installation of the system can be achieved by any competent plant fitter. No calibration is required and there are no moving parts. Apart from occasional visual inspections, the system is maintenance-free.

The SS2 is suitable for a variety of machines that run the risk of pitch and roll, including small twin rollers, small excavators, walk-behind dumpers, commercial mowers, golf buggies and quad carts.