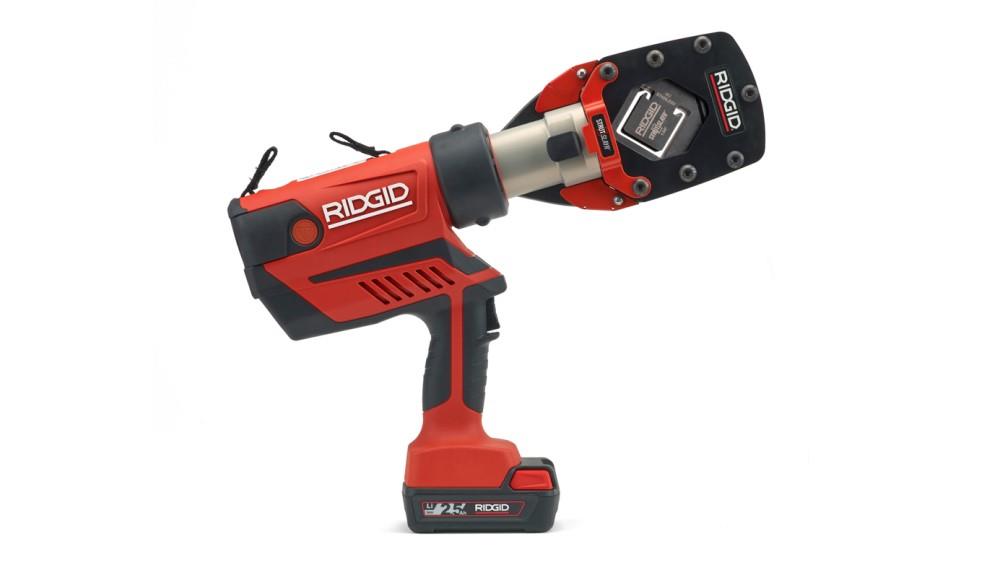 Strut channels are used in a wide variety of applications, such as in plumbing and HVAC, as well as for cable and pipe support. Precise cuts are often required, to which end RIDGID has introduced the 'StrutSlayR' strut shear head.

StrutSlayR is attached to a RIDGID Standard 32 kN Pressing Tool and delivers a straight and burr-free cuts in five seconds or fewer. StrutSlayR offers a shearing operation, where the material gets displaced rather than being cut directly. As a result, there are no grinding or sawing sparks and there is no hot work permit needed.

StrutSlayR is plainly built for the task at hand, weighing 5.4 kg and being supplied in a sturdy blow-molded case for easy transportation to any jobsite. It is supplied with either a 41x41 or 21x41 shearing die, covering the most important two strut channels sizes, and it can deal with wall-thickness up to 2.5 mm. A minimum of 2000 cuts can be expected from each new die set. The unit is compatible with RIDGID Standard Series 32kN press tools, such as the RP 350 and RP 351. Approximately 140 cuts can be expected from a full battery charge.

StrutSlayR can be used on a RIDGID Tristand, a workbench, on the ground or even on a platform. While a built-in guide helps to measure the size of the strut that needs cutting.