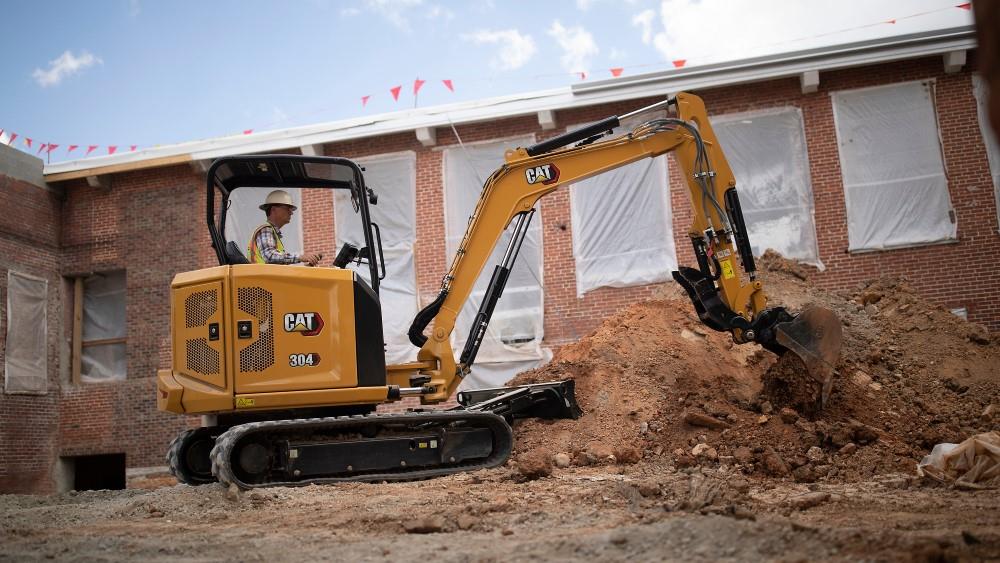 Supplementing the announcement of new mini excavators earlier this year, Caterpillar has expanded its range further with hydraulic machinery in the four and five-tonne classes.

The new 304 and 305 CR models are the final machines to be reengineered to the Cat next generation mini hydraulic excavator line concept. From the 1.5 to 10tonne models, all Cat mini excavators in the range (depending on region) offer common features and consistent controls layout to simplify training and operator adaptation.

The 304 features a narrow, 1700mm track width, which is 254 mm slimmer than the 304 E2 for more versatility and access to confined spaces. The new 304 design increases performance, balance and stability of the 4-tonne class model. Its reduced radius allows for greater stability, both 360-degree and when traveling with loads, while its extra counterweight option takes the model to an even higher level of stability.

Lastly, maintenance checks for the 304 and 305 CR are quickly made from ground level through side doors. Expanded use of common parts throughout the line plus their damage-resistant exterior construction help to reduce parts inventory investment and lower repair costs. Increased service intervals mean these excavators spend more time on the job and less time in the shop.