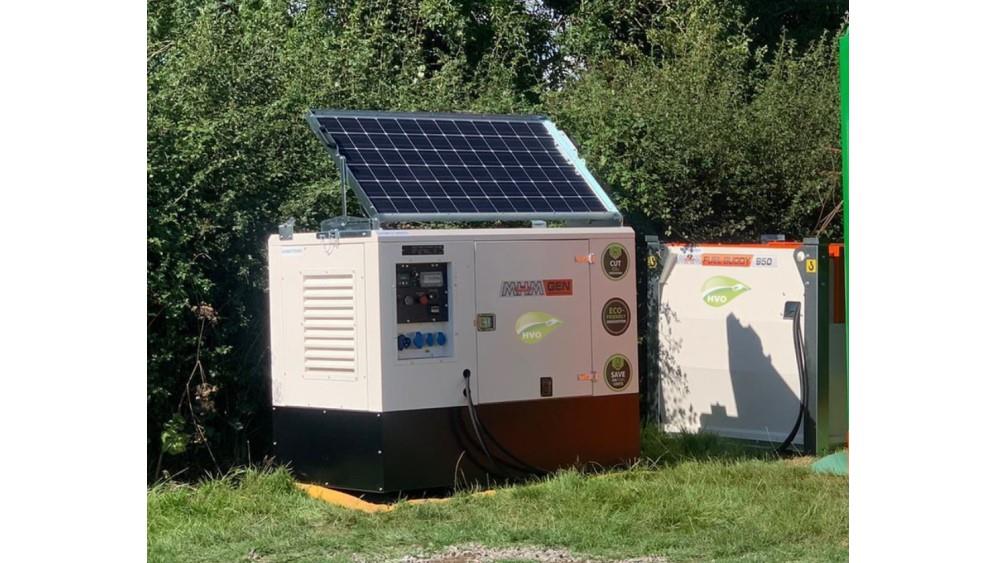 The MHM Group has just confirmed that its range of diesel powered generators and lighting towers is now fully compatible with Hydrotreated Vegetable Oil (HVO) fuel.

HVO is a renewable alternative to traditional diesel fuel, and is based on vegetable oils, grease and similar residues. In practical terms, HVO fuel can reduce CO2 emissions by up to 90% when likened with fossil-fuel equivalents - every 1,000 litres of diesel burned produces 3.6 tonnes of greenhouse gas CO2, compared to just 195kg GHG CO2 for every 1,000 litres of HVO burned.

In addition, HVO fuel can be safely stored for up to ten years, while regular diesel can only be stored between six and 12 months. Thus using HVO can reduce the possibility of fuel contamination, breakdowns and fuel testing. What's more, tests indicate that HVO fuel provides better starting, cleaner combustion and consequently less chance of waxing and water retention in extreme temperatures.

MHM inists that all HVO used in its equipment adheres to BS EN 15940:2016. If a re-hirer or purchaser of an MHM generator or lighting tower uses a lower grade fuel this could have a negative impact on the engine’s warranty. As such, the company recommends that HVO is bought from the fuel specialist Crown Oil, which delivers nationwide.

Commenting on the new move, MHM Group Managing Director, Mat Llewellyn said: “We are moving forward with plans to ensure that our rehire fleet becomes entirely emission-free. Using HVO is significant a part of this process, however we are continuing to invest heavily in other renewables such as solar and battery hybrid machines."

That much is certainly true. Meanwhile, well done to Mat and the team for moving the needle even further forward.