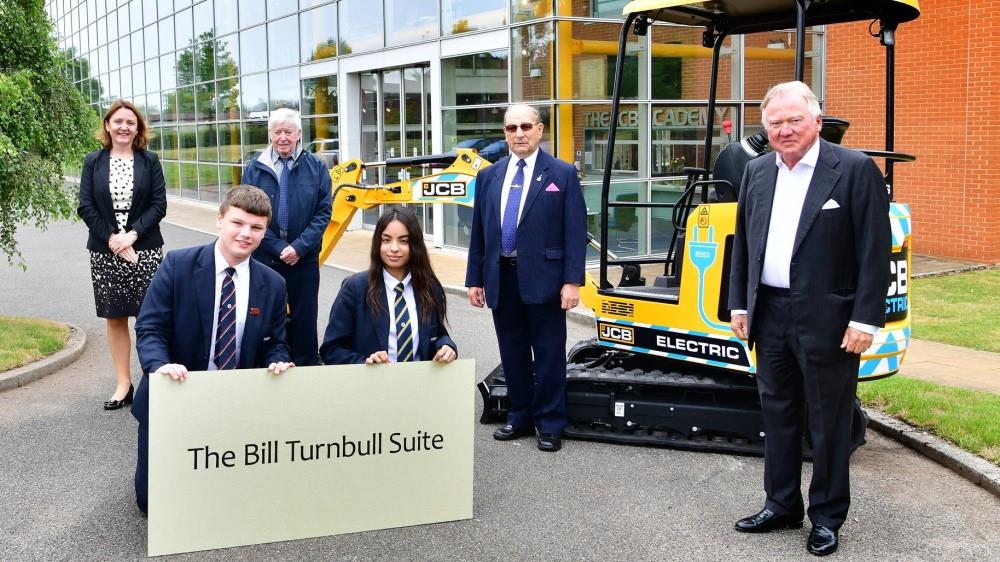 A JCB engineer who amassed a multi-million pound fortune thanks to his interest in cars has made a life-changing bequest to a Staffordshire school.

Bill Turnbull spent almost a decade working at JCB as Chief Engineer, where he helped to develop the company’s first ever mini excavators. He retired in 1995 at the age of 65.

When he died in 2019, aged 88, Bill left more than £4.2 million in his will as a result of an investment he made over 50 years earlier in a rare 1937 Bugatti Type 57S – paying just £1500 for the car. He had been restoring the vehicle in secret in his home workshop ever since. Only 42 of the cars were ever produced at the factory in Molsheim, France.

Bill had left instructions to his executors John Seddon and Clive Rollinson to make discretionary bequests from his huge estate. Now, in a nod to his lifelong interest in engineering, the JCB Academy has been given a total of £125,000 towards the construction of the automation and robotics centre. The new facility will be called the 'Bill Turnbull Suite' in his honour.

JCB Chairman Lord Bamford said: “Bill was a remarkable and talented engineer. This is a very fitting tribute to his lifelong devotion to engineering and will ensure his memory is kept alive for future generations following in his footsteps.”

While JCB Academy Principal Jenny McGuirk added: “This bequest really does put the JCB Academy in the premier league for the teaching of engineering. Robotics and automation are critical to the future and this generous bequest gives us the most technologically advanced equipment to deliver the curriculum.”

Sadly, Bill did not live to see the completion of his restoration project, and some re-assembly was apparently required following the sale of the vehicle. Any amendments must have been minor indeed, however, as the image below shows that it was in superb condition.