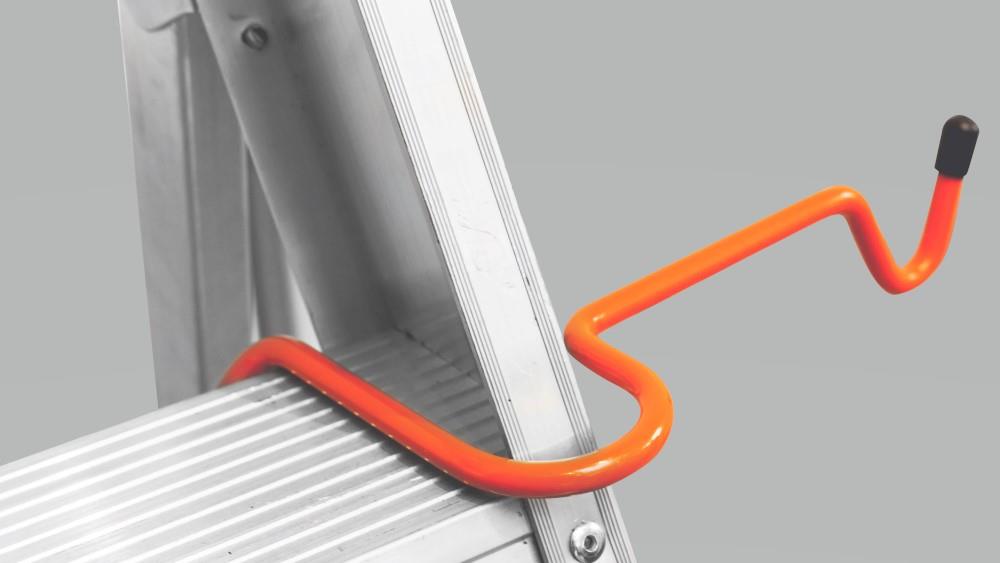 There's no need for wobbly bent wire coathangers when the 'Ladder Handy', a neat new ladder hook from LFI, hangs buckets, paint pots and light equipment with safety and ease.

In terms of construction, the Ladder Handy might be described as the apogee of functional minimalism - which is to say it's a bit of strong wire, albeit cleverly bent and thickly coated for durabilty.

Theres a little more to it than that, of course - a unique 'v-grip' design means the Ladder Handy won't move or twist in use, the coating ensures that it remains rust-free and practically indestructible, and it is tested to dangle weights up to 12KG. Users might also be thankful for the ability to keep both hands free while they work.

If ladders tops are too lofty there's a 'Step Handy' too, which is suitable for 60-80mm tread depths and rated to carry up to 3.5KG.

So there they are - probably not the most lucrative hire equipment ever, but perhaps a neat bonus for professional ladder users or safety-minded domestic customers.