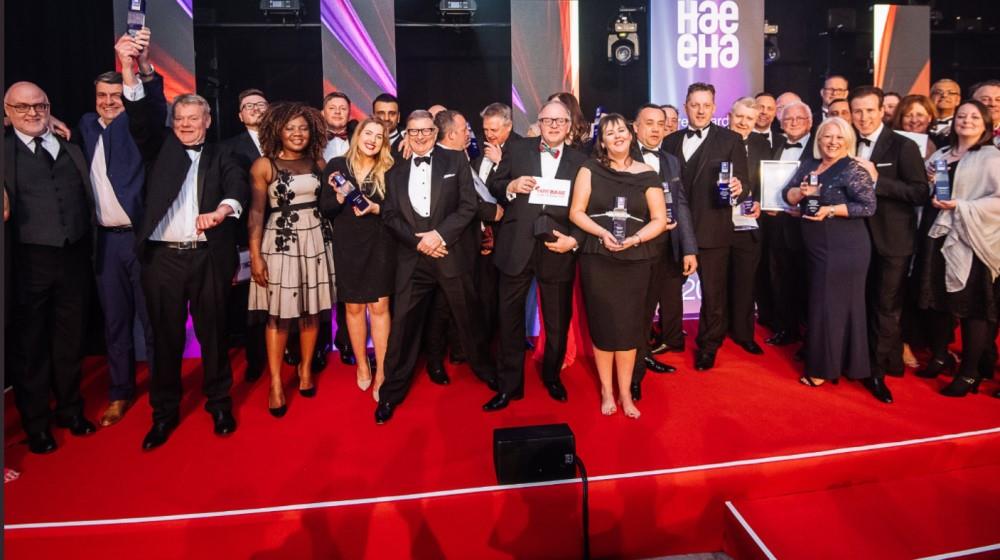 The HAE EHA Awards Hire Awards of Excellence have concluded for another year, with the major players in hire walking away with much of the glory.

Other award winners incude Smiths Hire for Website of the Year

HSS for Catalogue of the Year

NiftyLift for Hire Industry Supplier of the Year

Travis Perkins, whose Charlotte Bingham was awarded Aprentice of the Year

Speedy, with Andrew Smith winning Workshop Manager of the Year

Finally Brandon Hire MD and HAE Chairman Brian Sherlock presented the Outstanding Contribution to Hire Award to HAE's own Public Affairs Officer, Mark Bradshaw, who lobbied the government to classify plant & and tool hire as an 'essential service' during the lockdown.

Well done to all - and here's hoping that the next HAE awards can take place in person next year. With fair winds and following seas, that'll take place at Grosvenor House in swanky Park Lane on May 7 2022.