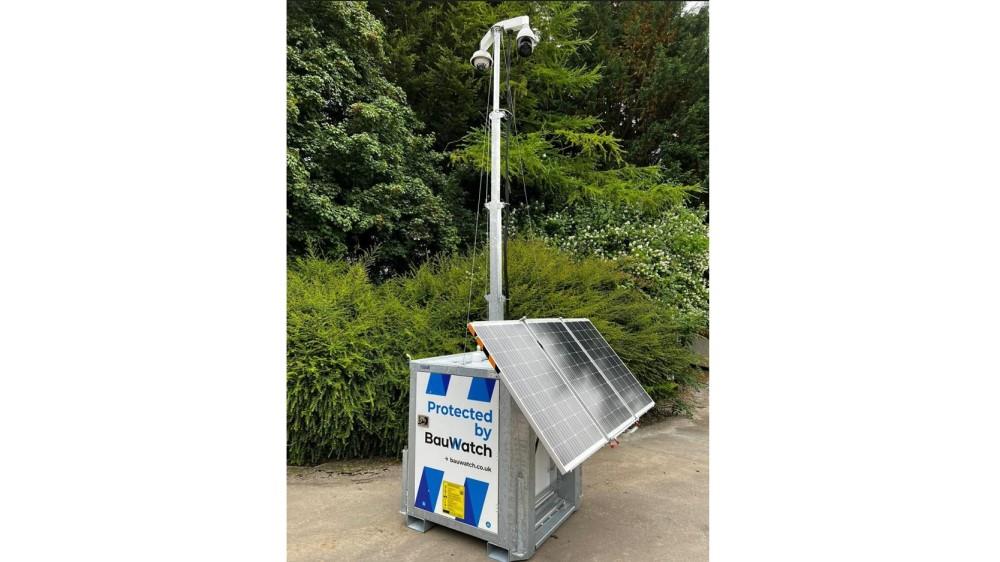 The July/August digital and print editions of Executive Hire News are set to drop early next week, in which you'll find a profile of rapidly upcoming site security providers - BauWatch UK.

The article is timely enough, but no sooner was written, designed and sent to press than it was already out of date. To wit, the fledgling company has just announced a brand new product and has since expanded its sales team...

First up, a relatively compact CCTV tower they're calling 'The Cube Solar'. The clue is in the name - it's solar-powered, although backed by a methanol fuel cell. The upshot being that the unit does not require petrochemical fuels of any kind and it can run autonomously for a full year, even without sunlight. Otherwise, this standalone rapid deployment security system comes with 24/7 HD recording and live audio challenge for site trespassers and other ne'er do wells. Full spec in the September edition.

The second bit of BauWatch UK news is the appointment of Victoria Westwood (below) as Strategic Account Manager - North. If the name rings a bell, that's because she is formerly of Liftech - as profiled last issue. It appears that venture has not worked out. We'll get the full details soon, but right now Liftech's loss is most certainly BauWatch UK's gain.